Israeli Flag on 25" wooden stick. Flag size 12" x 18".We carry Israeli Flags made of different material, Handheld Israeli Cloth Flags, Plastic Israeli Flag chains, Israeli Flags on Toothpics, Israeli Hand-held Flags on Wooden Sticks & on Plastic Sticks and Israeli Flag Kits. The origin of the Israeli flag (Wikipedia): The blue stripes are intended to symbolize the stripes on a tallit, the traditional Jewish prayer shawl. The portrayal of a Star of David on the flag of the State of Israel is a widely acknowledged symbol of the Jewish people and of Judaism. The Israelites used a blue colored dye called tekhelet; this dye may have been made from the marine snail Murex trunculus.[4] This dye was very important in both Jewish and non-Jewish cultures of this time, and was used by royalty and the upper class in dyeing their clothing, sheets, curtains, etc. (The dye from a related snail can be processed to form Tyrian purple called argaman).

Include these in goody bags and use them as party favors.
Shop with confidence! At Benny's we stand behind the quality of our products. If a product you have purchased at Benny's is not of the expected quality - you may return it for a full refund of the purchase price. 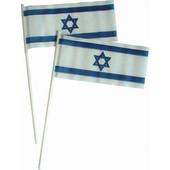 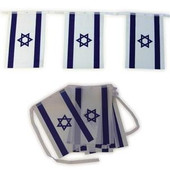 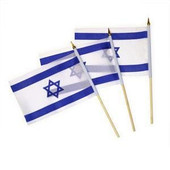 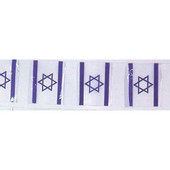 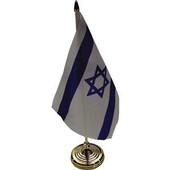 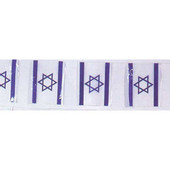 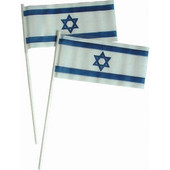 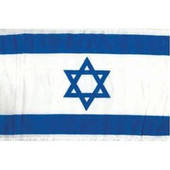 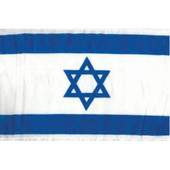